Members are informed that pursuant to SEBI (Listing Obligations and Disclosure Requirements) (Fourth Amendment) Regulations, 2018 effective 1st April, 2019 requests for effecting transfer of securities in physical form cannot be processed by the Company unless the securities are held in the dematerialized form with a depository. Hence, investors are requested to consider dematerializing their physical holdings into demat form.

Dematerialisation is the process by which physical share certificates are converted to electronic form through investor's Depository Participant (DP) and credited to the investor's account with his DP. Carborundum Universal Limited (CUMI) has entered into a tri-partite agreement with National Securities Depository Limited (NSDL) and Central Depository Services Limited (CDSL) with Kfintech as the R&T agent to facilitate investors to hold and trade in CUMI’S shares in electronic form. The address of M/s KFin Technologies Private Limited is as follows:

How to get the shares dematerialized?


A demat account needs to be opened with any one Depository Participant (DP) of investor's choice. You may also visit web site of depositories viz., NSDL or CDSL for further understanding about the demat procedure:

The following are the advantages which the investor avails by getting his shares dematerialised.

It is possible to re-convert securities held in electronic form after demat, back to physical holding. 'Rematerialisation' is the term used for converting electronic holdings back into physical certificates.

How to get the shares rematerialized?

Considering the demerits of holding shares in physical form, members are encouraged to hold shares in dematerialized mode. 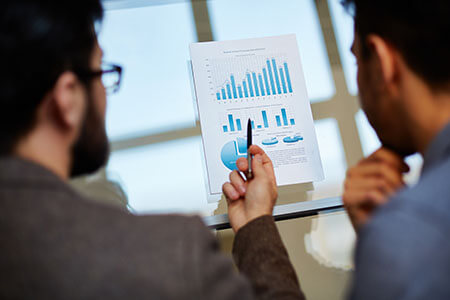